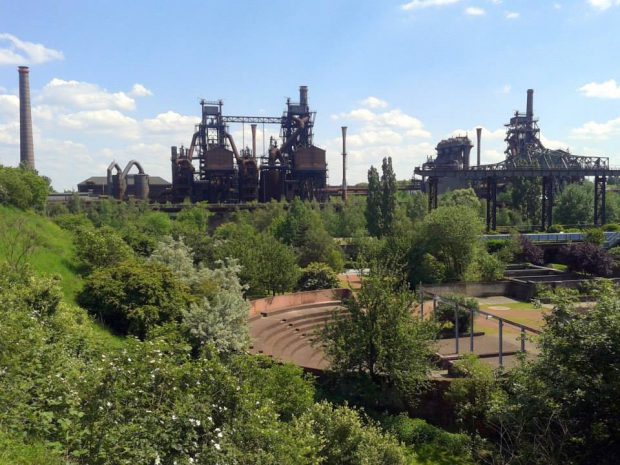 The idea and programmatic structure of Echoes: Concerto for Tuba was inspired by the composer’s May 2014 visit to the Landschaftspark Duisburg Nord, a former ironworks in the city of Duisburg located in the old industrial center of Germany. Its facilities, initially abandoned in 1985, have since been put to a wide variety of uses. Today, visitors can explore the vast site’s different areas, the borders of which were developed based on existing roads, railways, and resident plants. This somewhat disjointed pattern is woven together by a series of walkways and waterways, which were placed according to the old railway and sewer systems. While each piece retains its character, it also creates a dialogue with the site surrounding it. Within the main complex, the concrete bunkers now create a space for a series of 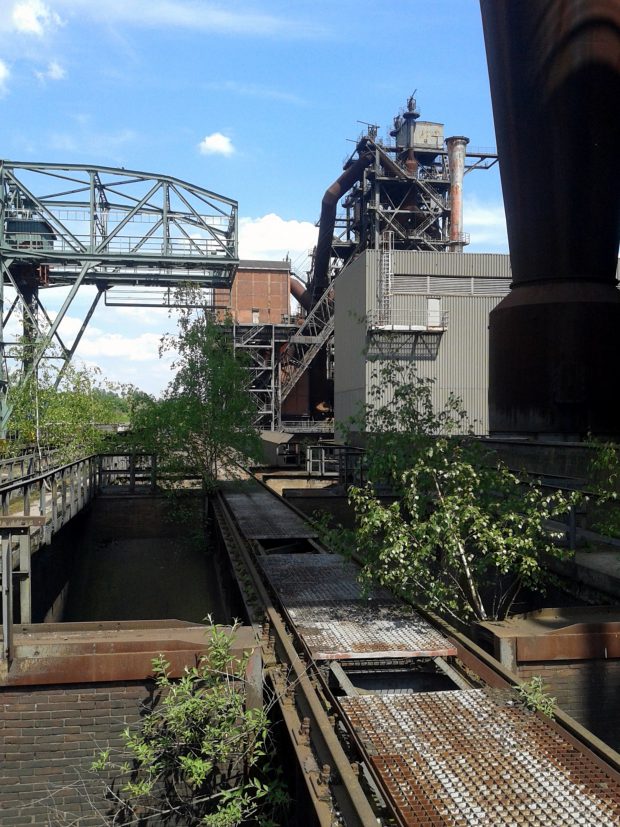 gardens; old gas tanks have become pools for scuba divers; concrete walls are used by rock climbers; and one of the most central places of the factory, the middle of the former steel mill, has been made into piazza. Each of these spaces uses elements that allow for a specific interpretation of the site’s past. The idea of memory encompasses the Landschaftspark throughout with a series of pathways at multiple levels connecting sites scattered throughout the project and allowing visitors to construct their own experiences. [Text partially sourced here.]

This musical work attempts to represent the site and its history closely.

Echoes, while being a through-composed work, is structured into three discrete movements which are designed to explore the main traits of the site through which the tuba leads as narrator: “Echoes of Industry” transports the listener back to the industrial past of the park with its pounding rhythmic underpinnings and erratic, spark-like, often syncopated musical fragments through which the soloist must navigate with skill and dexterity. 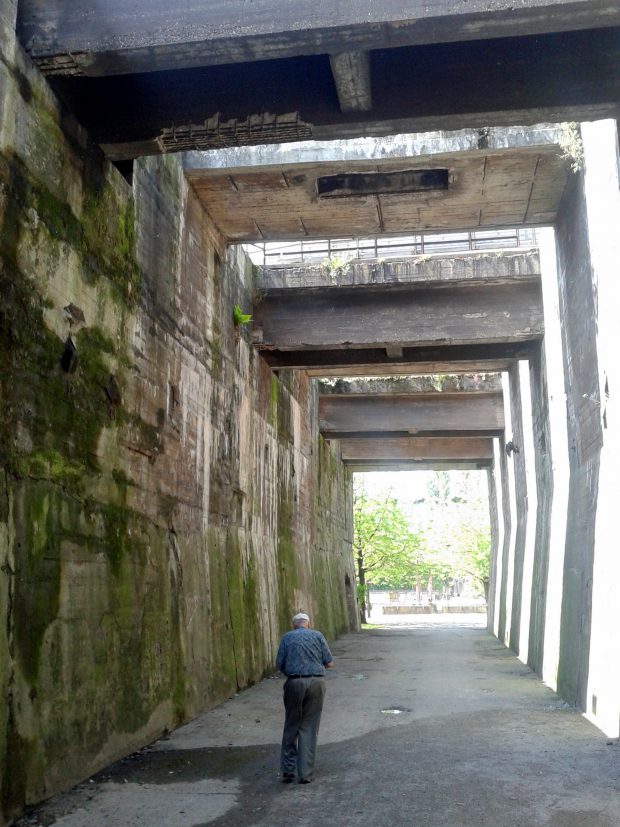 This technically challenging first movement leads into the quiet, reflective, and lyrical second movement, “Echoes of Silence” – a meditative experience of the now largely empty, open, and cavernous spaces, its echoes, stillness, and ever-present nostalgia. But abandonment and disuse are not to last: “Echoes of Modernity” explores more recent times which have brought with it many different uses of the site, especially events, sports, and other pastime activities. A horn motif reminiscent of an 80s television show leads into an upbeat interplay of new thematic and rhythmic ideas, as well as elements from the previous two movements – culminating in a brief and powerful recapture of the main opening statement, ending the work.

As a concerto for a solo low brass instrument, Echoes – similar to Jansa’s considerably longer Concerto for Euphonium – demands of the soloist considerable dexterity, range, stamina, rhythmic awareness, and lyricism that will challenge both the performer and the audience.

The composer would like to express his gratitude to Argentinian tubist Patricio Consentino for his encouragement to write this concerto.

Born in Germany in 1974, composer Tim Jansa‘s music is heard in venues ranging from concert halls to salons throughout Europe, Asia, Australia, and the Americas, including New York City’s Carnegie Hall.